After a couple of days in Bangkok we ventured on to Siem Reap where we had booked a room in a small boutique hotel a short tuk-tuk ride from the bustling Pub street and surrounding backpack paradise area of central Siem Reap. We were quite  surprised at the extreme tourist friendly environment (with the obvious exception being at immigration when Maya (of all people) experienced trouble with her visa and almost wasn’t let into the country). Everything is priced in US dollars, and there are plenty of massage parlours, pubs and burger bars, cheap street food and pretty much anything you can think of in terms of souvenirs and knick-knack at the market. Even baby sized harem pants and batik dresses! 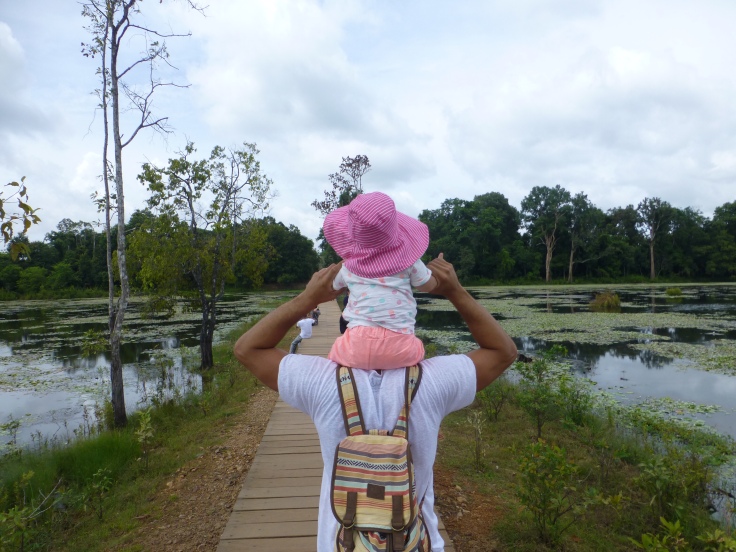 The hotel we stayed at was small, only containing about nine rooms, if I remember correctly, and situated in an alley, behind huge wooden doors. There was a small pool and a little restaurant where they served excellent food, mostly khmer, but also some familiar options like Tom Yum and Pad Thai. Breakfast was made to order, and they had anything you’d want, from traditional Asian breakfasts, to continental and American style breakfasts. But the best part of the hotel was our room. Or more specifically, our bathroom. I might have mentioned this before, but Asian bathrooms are the best I have seen so far. And the best part of it all? The price was only around 50 USD a night.

Now of course the reason we went to Siem Reap was to see the ruins of the Angkor complex known as Angkor Wat (actually, Angkor Wat is only one of the temples of the complex). We rented a tuk-tuk with a driver for the first day, and he picked us up in the morning at our hotel. He then took us to the place where you buy tickets. There are options for one, three or seven days, and we got the three day pass, even though we knew we’d probably only do two days, because it was cheaper os the same price (I can’t remember) as two one-day passes. For the tickets they take you photo and usher you out really quickly, so even though the place was packed it was a super quick process. There are also toilets there, and those queues take longer! 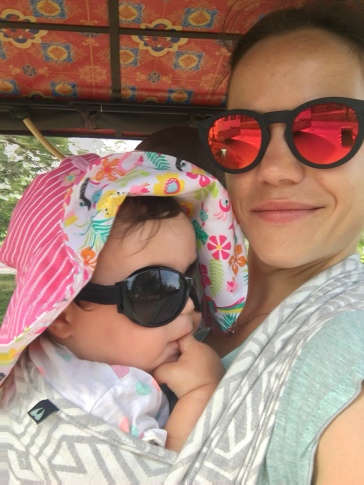 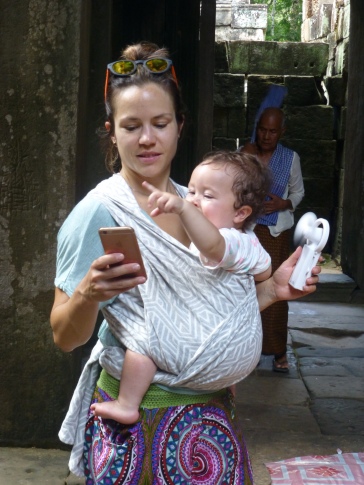 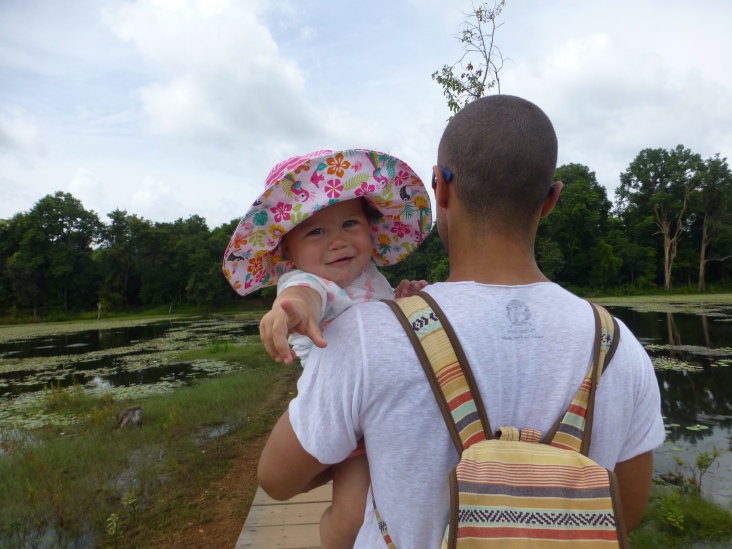 The tuk-tuk guy was pleasant and tried to explain a few things here and there, but his English wasn’t the best, so for day two we decided to get a guide, and that was really worth it! He told us a whole bunch about Cambodian history and even some things about present day politics, which was a bit tense because there apparently is a law that you’re not supposed to critique the president.

When it comes to safety, a tuk-tuk isn’t the safest for either adult nor toddlers. But we didn’t bring a car seat for Maya for this trip, so we generally avoided cars. At this point in her life, Maya was neither used to nor fond of being strapped into a car seat for any amount of time, so that was also the reason that we wanted to avoid cars. What we tried to do, however, was to have her secure in a wrap or baby carrier, so that she wouldn’t fall out of the tuk-tuk for any reason.

For the remaining days we just explored Siem Reap, did some shopping, got some massages and ate at different restaurants. That is, when we weren’t relaxing by the hotel swimming pool.

Cambodia was an interesting experience. There is nothing about our experience that stands out as a reason not to go there with a baby or small children. The food is good, people are friendly, and there are interesting and fun things to do there. However, there are several things I could discuss about our extremely short experience, one of them being the weird fact that they use US dollars and they weirdly high prices of some things, but I’ll leave that for another time and a blog post of its own. 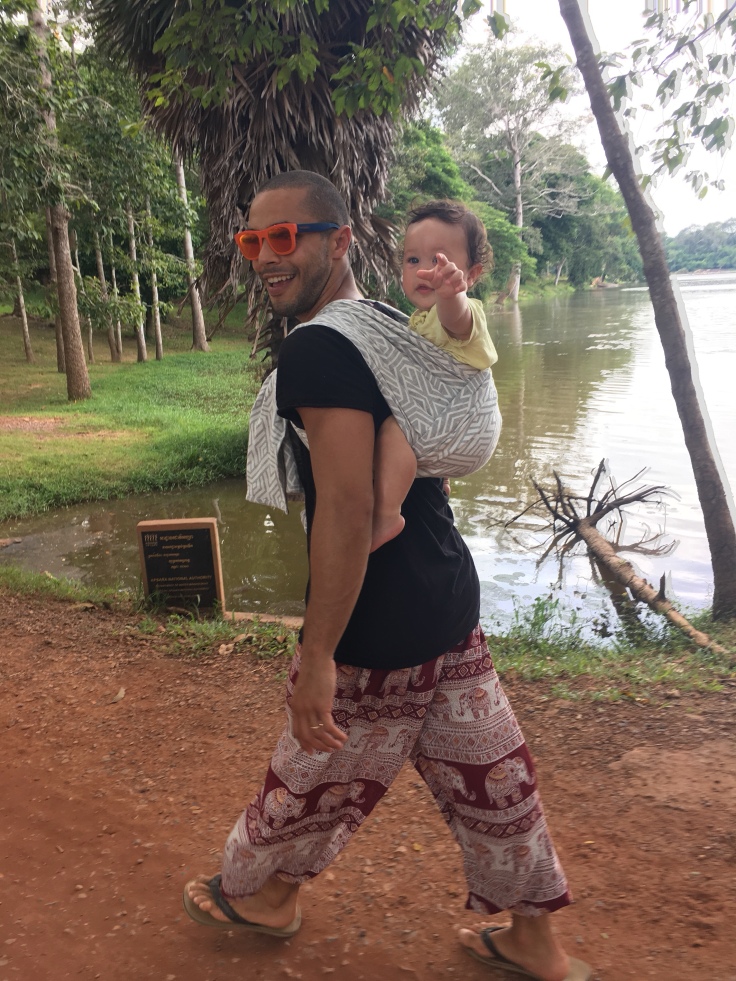